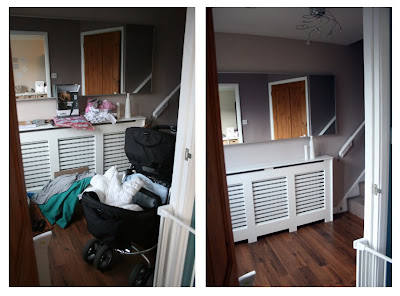 Our dearest daughter was at nursery today, which gave me a wonderful opportunity to declutter our entrance hallway while the dearest son was sleeping. This space is a huge, huge hotspot for collecting all kinds of stuff. Everything that needs to be taken out of the house ends up here and sometimes gets stuck. Things that need to be taken upstairs usually live here as well as things that don't really have a home to speak of. The latter usually end up there because it's the messiest area of the house, so one more piece of junk won't matter! And this is where visitors come in! It doesn't give a very good impression of the rest of the house, does it? 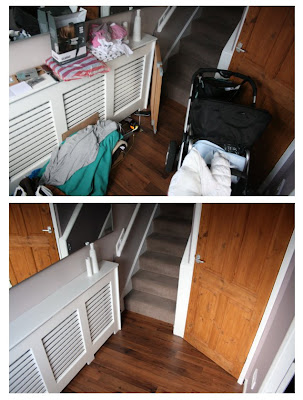 Seriously, why would I need to keep the box for my new hairdryer on the radiator shelf? It was there for well over a week! ::shame:: I just kept walking by it and thinking, "I'll throw that away when I 'do the hall.'" Erm... I wouldn't have to 'do the hall' if I stopped thinking things like that and actually moved stuff when it presented itself as being surplus to requirements or in the wrong place!
And now, of course, you can see what the decor actually looks like, since it wasn't too long ago that we decorated this room. Please forgive the stairgates and orange doors though. The stairgates are an ugly necessity and the orange doors are on that list of "things to spend our money on" but we haven't got there yet. I would like to paint them all white and get new brushed aluminium handles.
Before we moved into this house we had to paint and recarpet everywhere. The house was rented before we bought it and the previous tenants smoked, so everything smelled of smoke. The walls were all manner of crazy colours and so were the carpets. Oh, and let's not forget that gorgeous (blech!) pine cladding that was all over every ceiling upstairs.

So here's the downstairs hallway before we moved in. 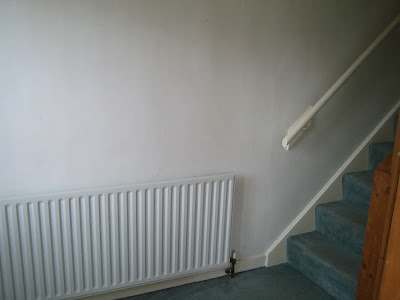 Then after we had recarpeted and attacked it with magnolia... 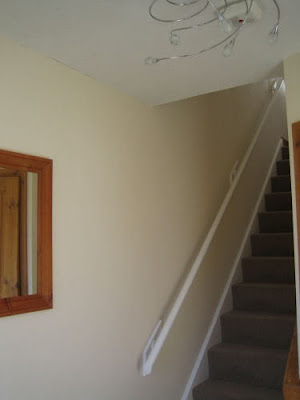 ... and now after being able to decorate properly. 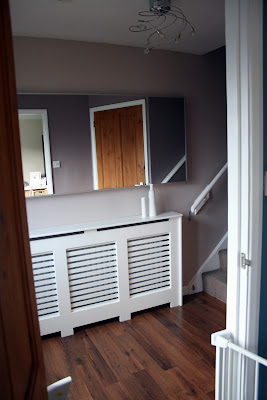 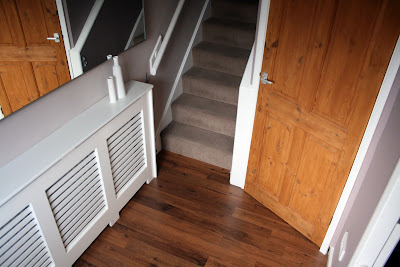 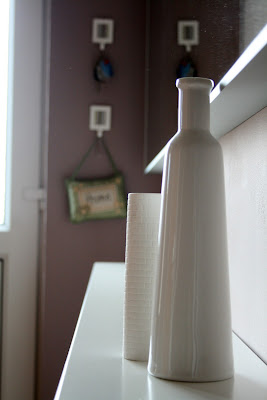 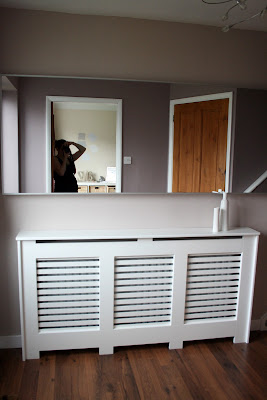 Hello! Not a very flattering photo of me in that last one, but just pretend I'm not there. :o) 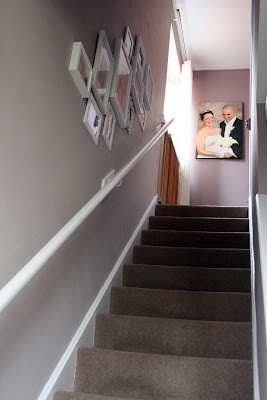 The photographs displayed on the stairway. 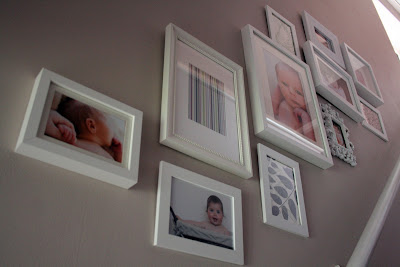 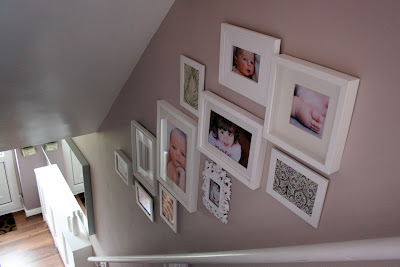 ... and last but not least. The landing before we moved in. 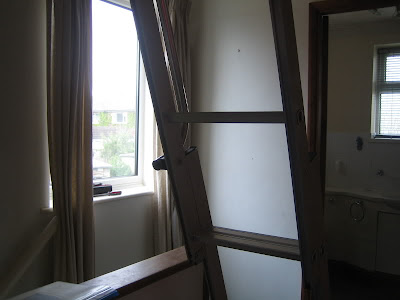 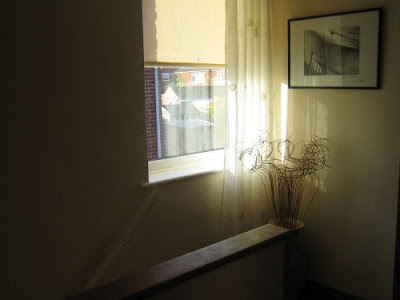 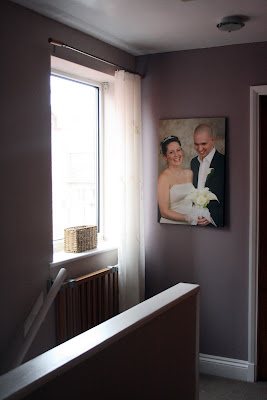 I feel like I should make some points.
Thank you so much for reading!

Look What I Made @ Creations By Kara
Posted by Sarah Nello at 16:37