Do you know what? I'm pretty over hearing about the Coronavirus. I don't mean that in a glib, dismissive way. I just mean that it's everywhere in the media, all everyone is talking about and thinking about. I think I'm going to stop mentioning it here unless it's absolutely necessary.

Maybe it'll be good for me to focus on what this blog was about in the first place. I'm stuck in our home for the foreseeable, so I might as well make the most of it. Thankfully, since I started writing this blog many moons ago I've actually turned myself around, home wise. I'm not a neat freak, and if you show up to my home unannounced (let's just pretend that's an option) then you'll definitely see pots by the sink and toys on the floor (and probably pee on the floor in the toilet...I mean, I have boys...) However, I'm so much more organised in general. I just have low standards.

Let's face it, with 3 kids I can't afford to have high standards, can I? Or maybe I can. But I don't. I prioritise way more stuff over cleaning and tidying, but I definitely get enough done so that I don't feel like I live in a crap hole. Most of the time.

In the last few years, we've made a few changes, including a house move, which I'll tell you about at some point. I think I was still pregnant when I was writing before and obviously, Youngest arrived things got a bit cray cray for a while. I swear, am I the only one that thinks it takes a good 3 years before you feel halfway normal after having a baby. Schedule-wise I mean?

So I'm going to go and plan some non-virus blog posts and I'll see you soon!

Posted by Sarah Nello at 14:59 0 fabulous readers left a comment 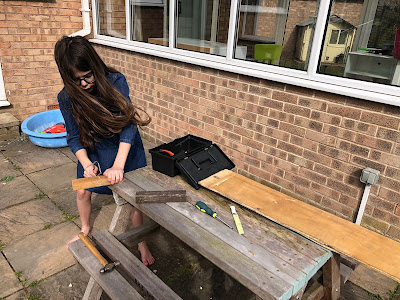 The weather is improving, despite the current state of the world's population. Huzzah for quality outside time! The garden has been sorely neglected over the winter, so we all went out to trim and tittivate.

Eldest decided she wanted to mess about with wood, so she made a cool little guinea pig toy, which I'll show you another day when I remember to take a photo. 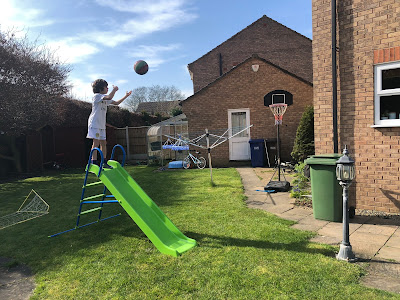 The boys ran around being crazy, taking it in turns to shoot some hoops from off the top of the slide. Social distancing hasn't yet affected the ice cream van, so when the kids heard the chimes they sent Scott out to chase it down. 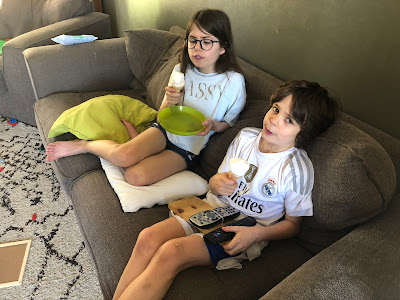 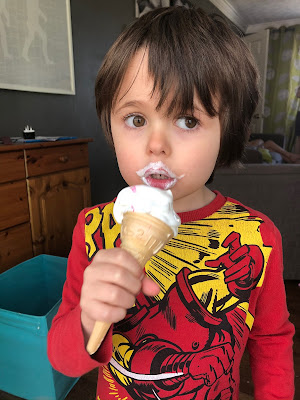 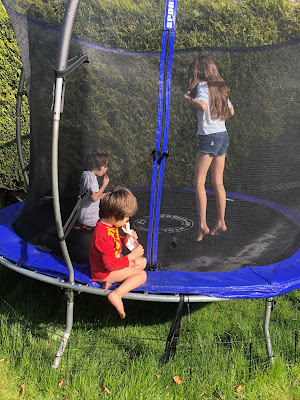 While the kids were playing happily in the sunshine, Scott and I got busy trimming hedges and bushes, weeding paths and sweeping up mess. We now have a lovely little patio area for the kids picnic table to go on to and the whole garden is looking much nicer. Yeah, we know that fence needs fixing - it's on the list! 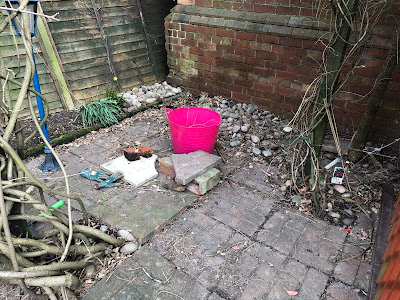 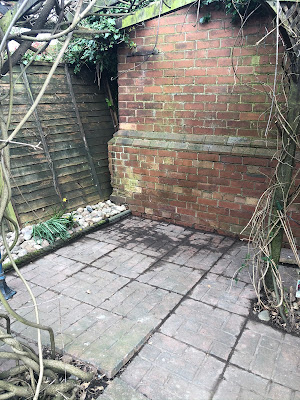 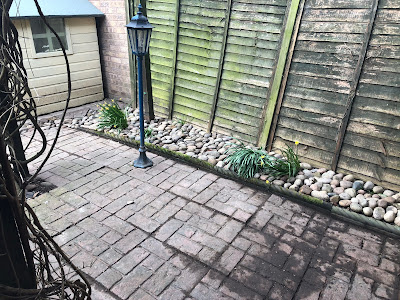 This was the last weekend before the schools officially shut. Things have been quite a bit different since then...

Posted by Sarah Nello at 14:43 0 fabulous readers left a comment Well, it's now 2020 and the robots aren't here doing my housework. Nor are there hoverboards or replicators. Instead, we have a virus running rampant, causing untold amounts of hardship and thousands of deaths. This is not the future I had in mind, thank you very much.

But since it's the future that we're stuck with for the moment, I decided to resurrect my old blog so that I could wile away the hours doing something that I enjoy - prattling on to no one in typed form, about nothing in particular.

Except. I guess this isn't nothing. It's a pretty humongous something in fact.

We have all been told to stay in our homes as much as is practically possible. Schools closed at the end of last week and so did all pubs, restaurants and cafes. Well, they were told that they have to close. Schools have been working out who are the "key workers" needed to keep up vital services such as NHS, food production, schooling and tons more. The children of those key workers may still go to school if no other option is possible, but only as a last resort.

People in certain higher risk groups such as those over 70 and those with underlying medical conditions have been told to self-isolate at home for at least 12 weeks in order to protect themselves.

The supermarket shelves are bare of many things, most notably toilet roll, pasta, bread and hand sanitiser.

It's a truly crazy time to be alive, it really is! I know that there will be plenty of people documenting this, and I'm certainly not going to be a stand out correspondent of the time, but I would like to get down some thoughts and events for our little family.

Plus, in keeping with the spirit that this blog was created in, I am going to use this time to simplify and get back to basics at home. Let's face it - there might not be much of an option except from simple. With hoards of people being laid off across the nation and having to self-isolate for 14 days with little to no pay every time one of us runs a temperature or gets a new cough! We're all skint! But we are all in this together.
Posted by Sarah Nello at 19:12 0 fabulous readers left a comment